Fishing opportunities abound in the rivers and lakes of Winnebago County. Most of the forest preserves of Winnebago County are located along on of the county’s four beautiful rivers: the Sugar, Pecatonica, Kishwaukee and Rock Rivers offer scenic stream bank fishing as well as access areas for fishing boats. Fishing in all public locations requires a valid Illinois fishing license.

Baumann Park Lake
298 Walnut St
Cherry Valley, IL 61016
Baumann Lake is 22 acres with a depth from 10 to 22 feet. Some species in the lake are: Bass, Northern Pike, and Bluegiill. No live bait except worms is allowed.

Kilbuck Creek
This small picturesque stream offers catfish at its mouth, and upstream, in the deeper slow pools, by logjams, and below the small dam west of the Highway 51 bridge. Smallmouth are more common upstream in the rocky pool riffle areas. Other game fish and carp can be taken infrequently. Redhorse, suckers, and a variety of minnows abound in Kilbuck Creek. Fishing access at Kilbuck forest Preserve.

Kishwaukee River
A corridor of ten preserves along the Kishwaukee River affords spectacular views and recreational access to one of the cleanest rivers in the state. The large, deep pools especially at the river’s bends have yielded many three to five pound smallmouth bass. The rocky areas from the Kishwaukee River Forest Preserve to the mouth of the Kilbuck Creek offer excellent smallmouth habitat. An occasional northern or walleye may be caught as they travel the river extensively in search of minnow prey. Catfish are also very common through this stream and are especially abundant at the mouth.

Pecatonica River
The “Pec” offers excellent fishing for channel catfish, carp and northern pike. Channel and flathead catfish are abundant in logjams everywhere. Northern pike spawn in the backwater areas near Meridian Road and are ever present in brush, logjams and at the mouth of many of the tributaries. Walleye, too, are surprisingly common for the apparent murky water. The greatest numbers are found in sand areas near the mouth and in flooded willows and smartweeds below the riffles from the Village of Pecatonica to Pecatonica River Forest Preserve. Smallmouth bass are common at the mouth over the rocky shorelines of the Rock River but absent elsewhere. Carp and buffalo are common in the backwaters where occasionally crappies and bluegills may be taken.

Rock River
The Rock offers a variety of fishing opportunities from the swift, shallow, rocky-sided channels below South Beloit to the larger, deep and sluggish pools above the two low dams in Winnebago County. Channel catfish is the most abundant game fish in the river. Carp are abundant in shallow mud-bottomed pools, especially in slack current, and near brushy areas. Crappie, bluegill and largemouth bass are found in backwater areas and above dams where the water is more still. Smallmouth bass are increasing in numbers and are found over rocky areas where there is a moderate current such as below the Fordham Dam at Jensen Forest Preserve and the Atwood Homestead Forest Preserve.

Sugar River
The name Sugar River is derived from the Indian work “ke-pot-ah” meaning “sweet water.” The Sugar is an excellent stream for the fisherman who wants little of development and other people. The logjams and sand bottom provide excellent fish habitat. The channel catfish and smallmouth bass are the most common game fish. However, an occasional walleye or northern pike will be taken near tributary mouths and at the mouth where the Sugar joins the “Pec.” Carp can be taken in the slow muddy areas near road crossings. Occasionally, bluegills and crappies will be found in the side channels and backwaters where there is little water movement. Public access for fishing boating is provided at Colored Sands and Sugar River Forest Preserves.

Levings Lake at Levings Lake Park
1420 S. Pierpont Ave.
Rockford, IL, 61101
Levings Lake in southwest Rockford is one of the most beautiful properties of the Rockford Park District. The lake is fed by Kent Creek. Levings is a shallow lake that provides excellent habitat for crappies, carp and bullheads. The lake does not allow motorized boats.

Olson Lake and Pierce Lake at Rock Cut State Park
7318 Harlem Rd.
Loves Park IL 61111
One of Rock Cut’s most popular activities is fishing. The park’s 3,092 acres include two lakes which are stocked annually: Pierce Lake, with 162 acres, and Olson Lake with 50 acres offer a retreat for people wanting to fish or ice fish. Any size engine is allowed on Pierce Lake; however, engines over 10 HP can only operate at no wake speed. Pierce Lake has docks and two launching ramps. Olson Lake also offers excellent fishing, with only carry-on watercraft and electric motors allowed. The Rock Cut Concession is open seasonal hours at Pierce Lake, with canoe, kayak and boat rentals, as well as a variety of bait available.

Lake Victoria in South Beloit Park (as of this posting, this park is temporarily closed due to flood damage)
400 Winnebago Avenue
South Beloit, Illinois
Fishing is allowed from the banks of the17-acre lake. 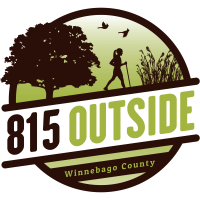 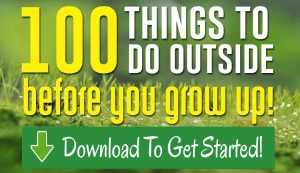