Disc golf is similar to other forms of golf, but it uses a disc instead of a ball. The players toss their discs and try to land them in a standing metal basket in the least number of throws. Each metal basket is a hole, and the player with the fewest throws after all of the holes wins. This game is a great summer activity, and it requires no special equipment to play it recreationally!

Disc golf is fairly simple. To play, you first need to find a disc golf course. We have a list of local courses below if you need some ideas. When you arrive at a course, it will usually have a map showing you where the different holes are. A hole looks like a standing metal cage with chains attached to it. To begin the game, each player takes a turn throwing their disc from the designated tee pad. Each throw counts as one point, and players must throw their disc from wherever it landed in their previous turn until it lands in the hole. You move to the next hole when everyone’s disc has landed in the hole. At the end of the course, you can determine the winner by adding up each individual’s total number of throws. The winner will have made the fewest tosses. 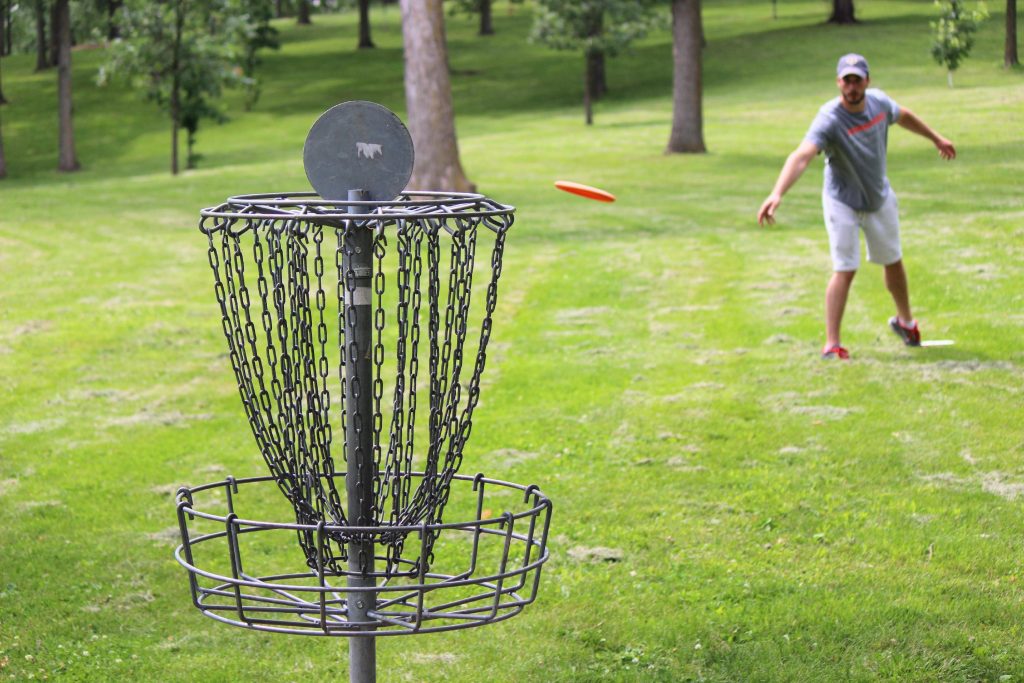 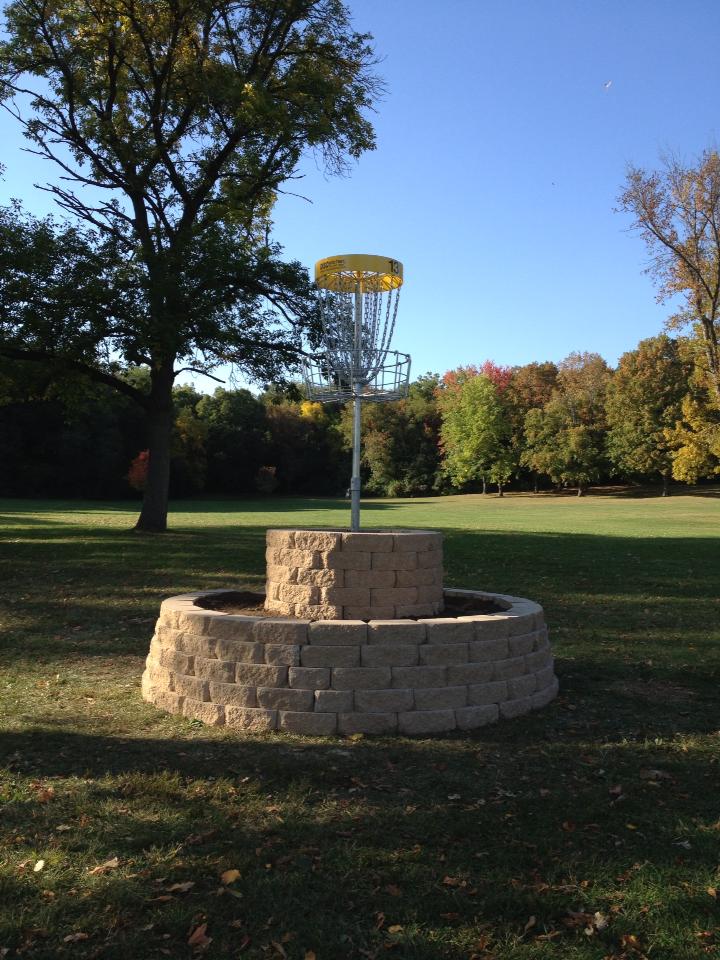 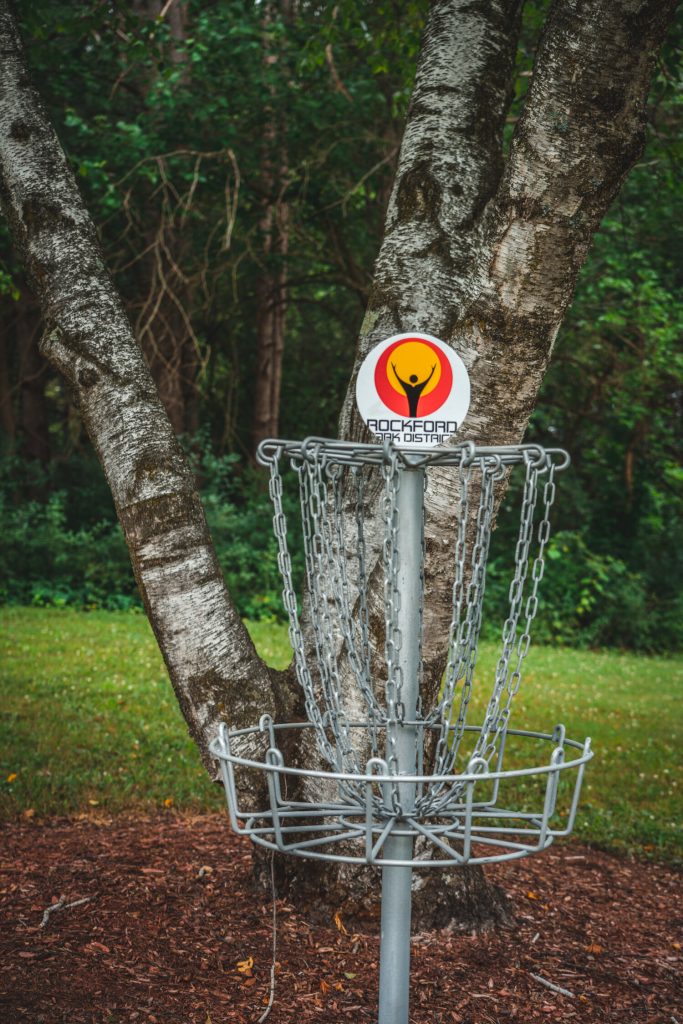